One of the oldest distilleries in the world, founded in 1660 in Martinique.

It produces a very good pure agricultural rum, which is aged in French oak barrels.

Around 1660, Nicolas Fouquet, Louis XIV's superintendent of finance, dreamed of founding a viceroyalty in the Caribbean, with the complicity of Lieutenant Isaac Feuquieres.

Thus it was that he won the largest concession ever awarded in the Caribbean: about 2000 hectares between Diamante and St. Luce.

He built a real castle that was never inhabited and after the fall of the king (and his emissaries), most of the residential buildings were destroyed.

From all this remained an immense sugar plantation which over the years passed into the hands of various properties. In 1785, Etienne Issaie Marraud Desgrottes, a powerful landowner, bought the plantations.

The name Trois Rivieres (Three banks) derives from the fact that the distillery is located on the edges of three rivers that merge: Bois d'Inde, Oman and St. Pierre.

All Trois Rivières rums are filtered at room temperature and are bottled without adding caramel. 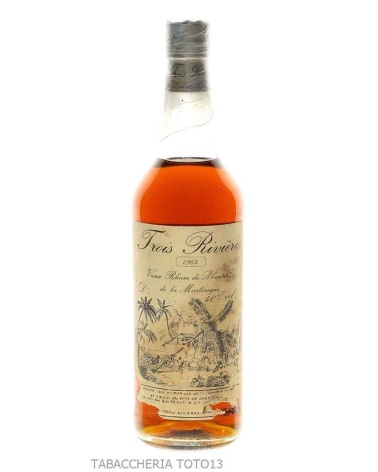